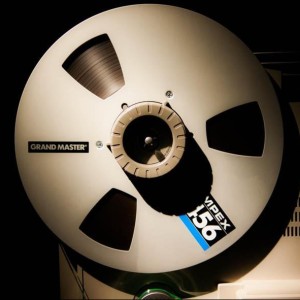 September 15, 2021
It is hard to absorb Andray's passing. He was unique in the Detroit style of electronic music, and always had a take on the sound that was his own. Loosing him is devastating for the music community IMHO. Thoughts go out to his family and friends. RIP brother.
Reply Notify me Helpful

September 3, 2018
So, a bit of back story. I have been attempting to get more into the streaming thing rather than playing my self made recordings of my vinyl in my car. Driving back from Glasgow a couple of nights ago, wondering what I wanted to listen to, it came to mind I hadn't listened to my old fave Squarepusher for a while. I looked him up, but this album isn't on Spotify yet.

That surprised me, as this was his best work in my opinion. I think I listened to it non-stop in '96! So I had to give it a spin when I got home, and also check out the Discogs entry. First of all, listening to this again after some years, it has not lost any shine. Some amazing tracks on here. Listening to the intro of Tundra sent huge fuzzy shivers down my spine. Squarepusher Theme, North Circular, Theme From Ernest Borgnine, U.F.O.'s Over Leytonston - all amazing. The Swifty is still my personal fave, dub jazz drum and bass, amazing playing and programming and feel.

Another shock is this hasn't been reissued on vinyl to date (Sept 2018). This release is for sure up there for me for a top 10 album to put on a good vinyl system, crank it up, sit back, and soak it in.
Reply  See 5 replies Notify me 7 Helpful

January 26, 2018
Another great release on M.A.P. Records. This one has a bit of an overcompressed sound, meaning the snares and vocals are sometimes a little unevenly ducked by the kicks, reminding me of an old cassette recording in some ways. Standout track for me is "Get Ya Hands Up", which has that unusual effect that a few of these uptempo Detroit and Chicago tracks of actually being quite hypnagogic. "Nasty [email protected]!" is not far behind, whilst "Rub Yo Boody On My Stick" and "Toss It Up" are a little more direct and insistent, but don't quite hit the mark for me.
Reply  See 1 reply Notify me 3 Helpful

October 13, 2017
Hi! Discogs is a user built database - anyone can add a release. Check out https://www.discogs.com/help/doc/contributing for some info. Thanks!
Reply Helpful

April 15, 2017
Yeh, I have been wondering for years. Just listing to random funk on YouTube, and found it - "So Believe Dat" samples Heatwave's "The Groove Line"! I added a note to the release. Happy to have found it!
Reply 2 Helpful

D.I.E. Featuring The Men You'll Never See - The Unseen as reviewed by nik

April 25, 2015
In my opinion one of the best of D.I.E's releases, this 6 track '97 EP is full of strong tracks. "Let Yo Body Rock" is the pinnacle for me, featuring classic D.I.E analog strings and electro bassline these guys do so well. None of the other tracks are far behind, with the quirky "R U Married" earworm another favorite. Highly recommended!
Reply Notify me 2 Helpful

November 25, 2010
A most excellent record that is much more than it's "Salsa" branding would lead us to believe. Traditional Columbian rhythms that are highly atypical of the salsa genre are married to a warm and dry sounding musical backdrop, with the unusual (for 'salsa') use of a clean, jazzy, tropical sounding electric guitar. Many of the tracks are in 6/8, which together with the relaxed playing helps give the music a lilting quality. The bass, conga, guiro, and timbales set up the soulful vocals and horns perfectly. Strongest track has got to be 'Rio De Juaji', with the dramatic horns complementing the melancholic vocals and galloping rhythm.
Reply Notify me 5 Helpful

Deee-Lite - Groove Is In The Heart — nik

It's easy to submit a unique release for a title that is already in the database using the "copy to draft" function. Here's how (pay special attention to steps 5 and 6):

1. Go to an existing release page for the title you want to submit
2. Select "history / edit" link located on the right side of the page
3. Select the "copy to draft" link located on the right side of the page
4. Go to your drafts page
5. Select "edit" for the draft you would like to use as a template for a new submission
6. Make all changes/additions to the draft that distinguish this unique release from the other existing releases in the database (e.g., different tracks; format; promo; remixes; label; cat#; etc...)
7. Leave submission notes detailing the changes/additions that have been made
8. Select the "preview" button
9. If any warnings are provided, double check to ensure there are no mistakes then select the check-box
10. Select the "submit" button
Reply 4 Helpful

February 15, 2010
That is this release then - http://www.discogs.com/Public-Image-Ltd-Public-Image/release/440730
Reply Helpful

December 14, 2009
gringorinho - you can submit it to the database then.

- Select "history / edit" link located on the right side of the page
- Select the "copy to draft" link located on the right side of the page
- Go to your drafts page
- Select "edit" for the draft you would like to use as a template for a new submission
- Make all changes/additions to the draft that distinguish this unique release from the other existing releases in the database (e.g., different tracks; format; promo; remixes; label; cat#; etc...)
- Leave submission notes detailing the changes/additions that have been made
- Select the "preview" button
- If any warnings are provided, double check to ensure there are no mistakes then select the check-box
- Select the "submit" button
Reply Helpful

Carcass - Reek Of Putrefaction as reviewed by nik

December 11, 2008
This record is a good example of when undesired production quality ends up adding something to the end result, at least for some people. Initially when this came out, I thought that the 'production' on it was intentional. However, after having a conversation with Bill Steer at a Carcass gig in 1989, he made it clear that the production was not as they intended, and in fact (as hinted at in the album credits for the studio), it was a struggle for them to just get something on tape - apparently they had to rerecord parts of it and generally struggle with the recording. Carcasses later records probably show the bands desired sound, much more defined and 'sharp' sounding.

However, intentionally or unintentionally, the sound of this release just fits in perfectly with the concept. It sounds raw, indistinct, purified. In the fast sections, the instruments decay into one claustrophobic mush, only the cymbals and vocals escaping the soup.

Getting past the splattered mush of sound, the album has some classic mid tempo 'mosh' sections (perhaps the best example is in "Psycopathologist"), and early use of the pitch shift effect making the vocals sound like the undead from Evil Dead II and 'Bub' from "Day Of The Dead" are on vocals. There are some crazed out-of-nowhere kill frenzy guitar 'solos', and even though there are usually many tempo changes and sections in each track, there seems to be a point to the intricacies, and the tracks hang together through the changes.

Finally, through all the heavy riffage and gargling, the humor in this release is unmistakable, which just tops it off nicely.

"Burnt to a crisp,
Your hair is singed,
Devouring your scalp,
Receding your fringe"

September 14, 2003
If you only ever own one dub record (if you only ever HEAR one dub record) make it this one! All star cast of musicians headed by Augustus Pablo, with a who's who of the best 70's musicians from Jamaica. Add to this the DEEPEST EVER dubs from the master, the originator, King Tubby (RIP), makes this a 'top ten of all time' record.

Recorded and mixed on a (I beleive) 4 track recorder and mixer, the tones on this LP are some of the best heard from _any_ studio. Tubby built his own EQ's and effects, and hand wound his own inductors for his filters.

Deep deep bass, tight springy drums, sharp guitars, and the evocative melodica of Pablo drifting in and out on waves of delay, mysterious ambience, cross-talk, reverb, and the tightest playing - all dubbed within an inch of its life by King Tubby.

A must have.
Reply Notify me 19 Helpful

Starski And Clutch - Triple Gold as reviewed by nik

June 1, 2003
Includes the Ghettotech classic "Crank This Mother", usualy played out at +8. "Terror Tec" and "Techno Freak" are also great tracks, "Terror Tec" is a 4-on-the-floor track with a fat bassline and spooky "there's no turning back now" vocal sample, while "Techno Freak" is more of an electro / R&B / tech affair. "Wake Up" is a more run-of-the-mill electro / bass type track.

This was the first release for Electrofunk, and quickly brought the label up to speed, both in terms of sales, and of musical direction.
Reply Notify me 2 Helpful

I heard that the guy who did this music had just split up from his girlfriend, and this stuff does have a slightly pissed off dark edge to it. While the sound quality and production isn't totally kicking (not bad though), I like the grungy quality to it. The main thing for me in this 12" is the music, which stands apart from most every other D&B, jungle, 'jazz and bass' and 'drill and bass' or whatever, really unique. Best track has to be Witchita Lineman, great wee electro/ drum and bass tune, kind of positive but melancholy at the same time. The rest of the tracks go between full on drum and bass 1996 style to dark ambient to almost industrial. Recommended.